How low season at the beach formed the perfect retreat.

I’m a big fan of the beach. Raised in a family of sun worshippers, scolded for not having enough oil on to “get a decent tan” (I know, I know! Luckily I began to see sense), I am partial to a good oul dose of Vitamin D. So when planning where Andy and I might go after the busy streets of Yangon, naturally I began thinking of an idyllic beach escape. Andy readily agreed and we began looking forward to spending a few days doing nothing but reading, ambling and dozing in satisfied stupor by the sea.

But when we told people in Yangon of our plans, they did their best to dissuade us. “Low season” they warned us. “Will rain all day. Better in November”. But so enamoured were we by our Robinson Crusoe-esque fantasy that we ignored their advice and jumped on a bus anyway, bound for the small village of Ngwe Saung, a 6-hour journey east that took us on a mesmorising tour through the hills and lush green rice paddies of the Ayeyarwady Delta.

It’s a pretty special thing, hanging out in a place before the “season” starts. There’s a frenzied air of anticipation and excitement about, rather than the jaded exhaustion that often descends upon these places at the season’s end. When we first arrived, Ngwe Saung felt like a sleepy, deserted village; yet over the next couple of days, we began to see the pressures of the impending season take hold. The main street was turned into a construction site, with workers carrying on well into the night to finish laying concrete on the dirt road – no easy feat, seeing as it’d practically be reduced to a river with the next downpour. 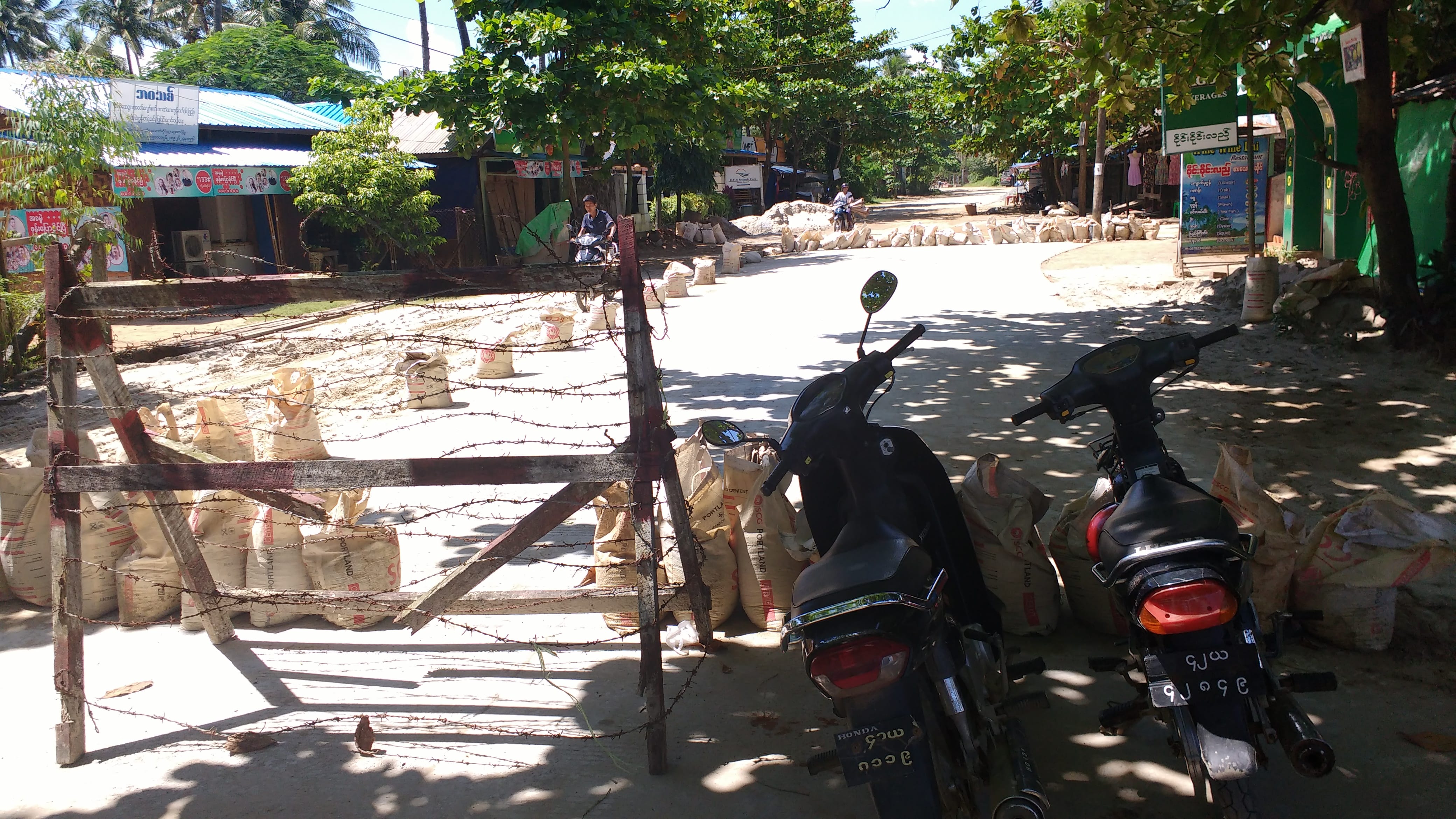 Taking shortcuts through deserted resorts along the beach, we’d see staff painting signs, tending to gardens and mending windows/roofs. Scaffolding and sheeting formed a kind of bunting on almost every hotel and all around us was the sense that the place was about to be transformed.

But I’m glad we were there before the change.

We spent our time in Ngwe Saung doing…well, not much of anything, really. We jumped from one seafood eatery to another, visited several tea houses for sweet milky tea and tasty snacks, witnessed incredible sunsets and…yep, managed to fit in plenty of ambling, reading and dozing too! 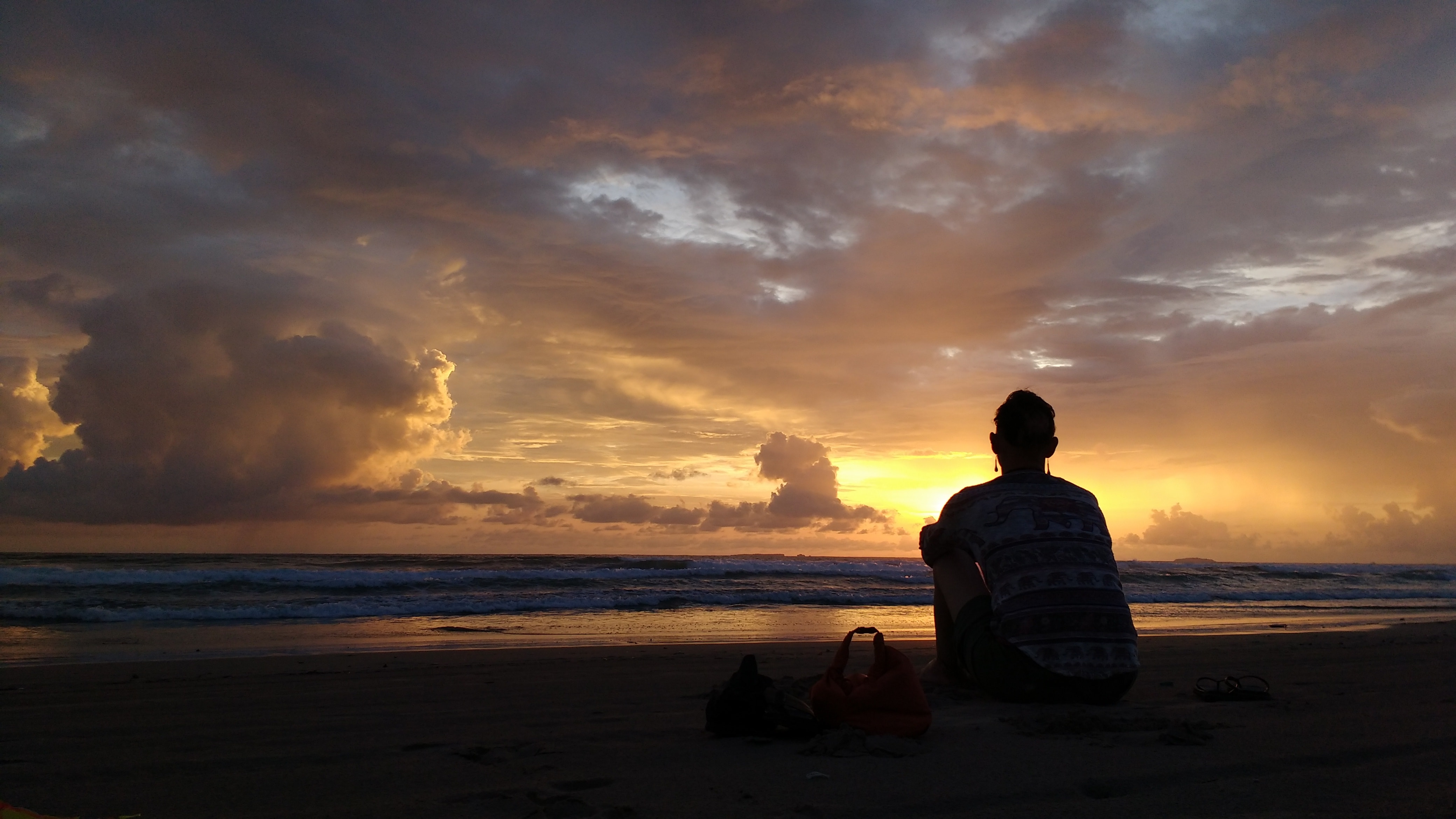 The village of Ngwe Saung itself is like something out of a Wild West film – set on either side of a wide dirt street, with people’s shops-cum-houses open to all who pass by. It’s concentrated towards the northern end of the beach, with upmarket resorts further north and a strip of sandy beach stretching for miles to the south. Palm trees frame the more budget-friendly beach huts that line the shore and deserted shacks only add to the ramshackle atmosphere. 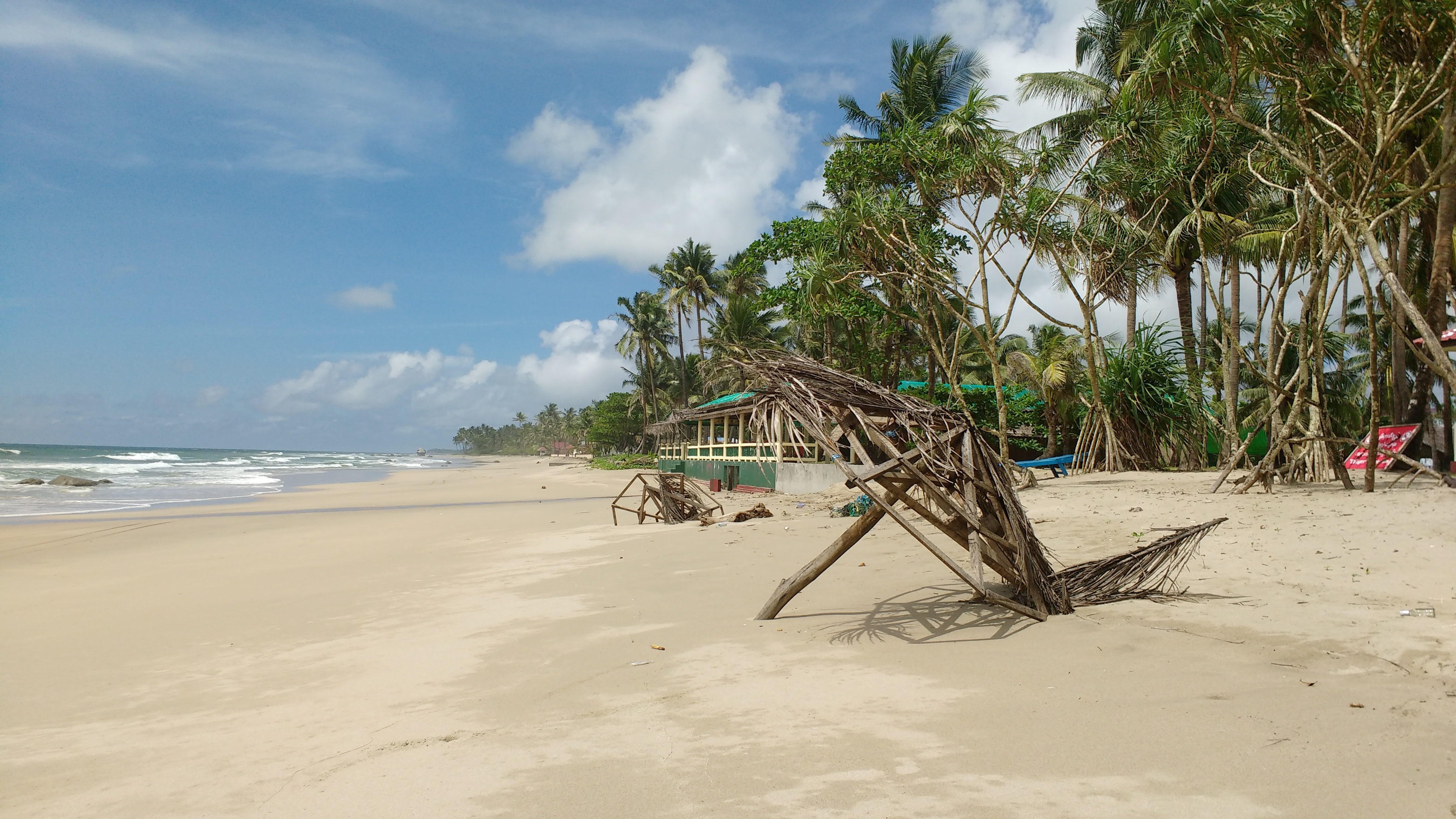 During low season, Ngwe Saung is massively charming. Locals are eager to chat, the beach is pretty much deserted (save for a few quad bikes, the transport du jour of Ngwe Saungians) and, since the fancy resorts aren’t open for another couple of weeks, you get your pick of deck chairs outside! All this and a coconut seller on demand? Not too shabby… 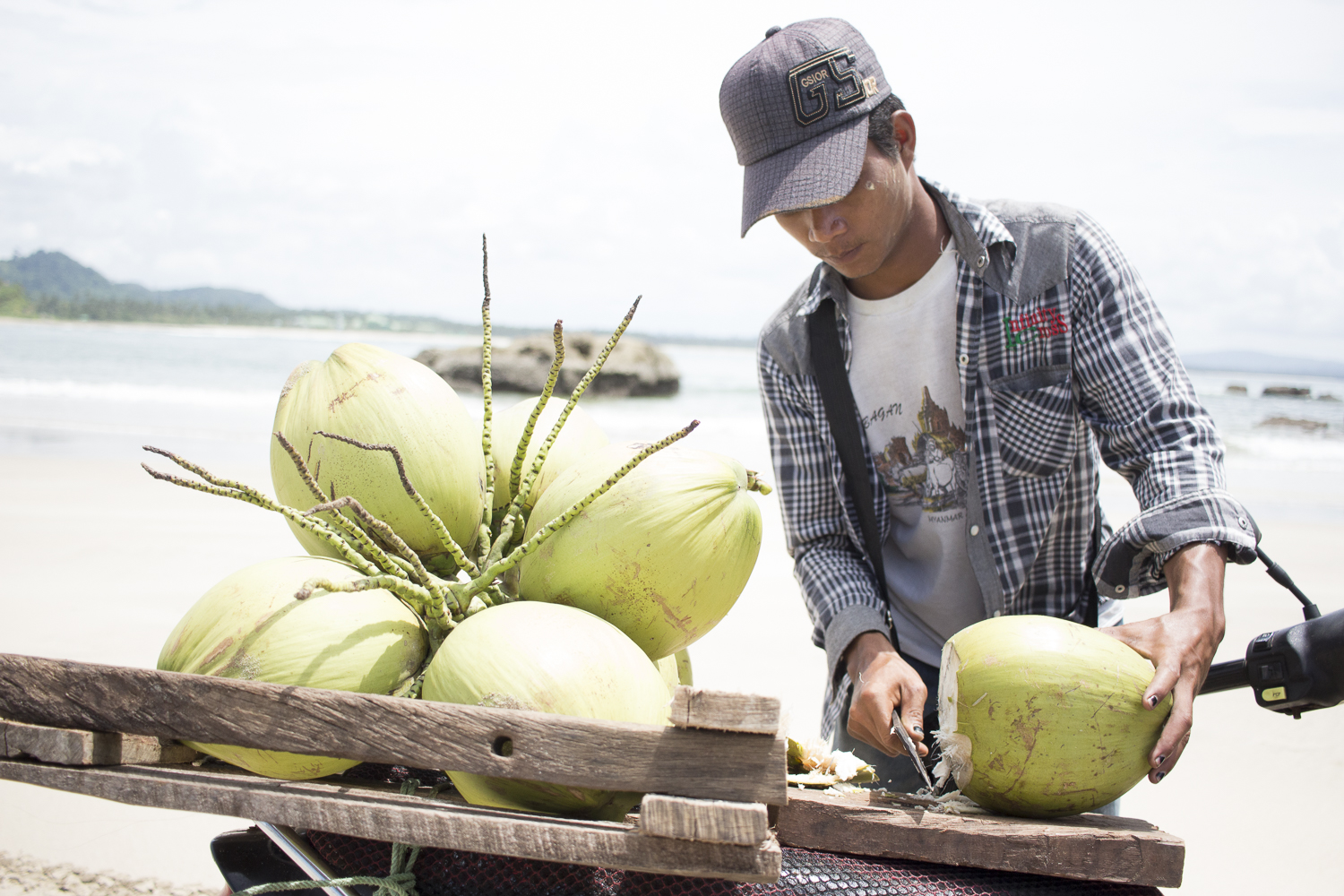 What’s more, if you wade out to Lover’s Island at low tide, you’ll probably be the only people there… 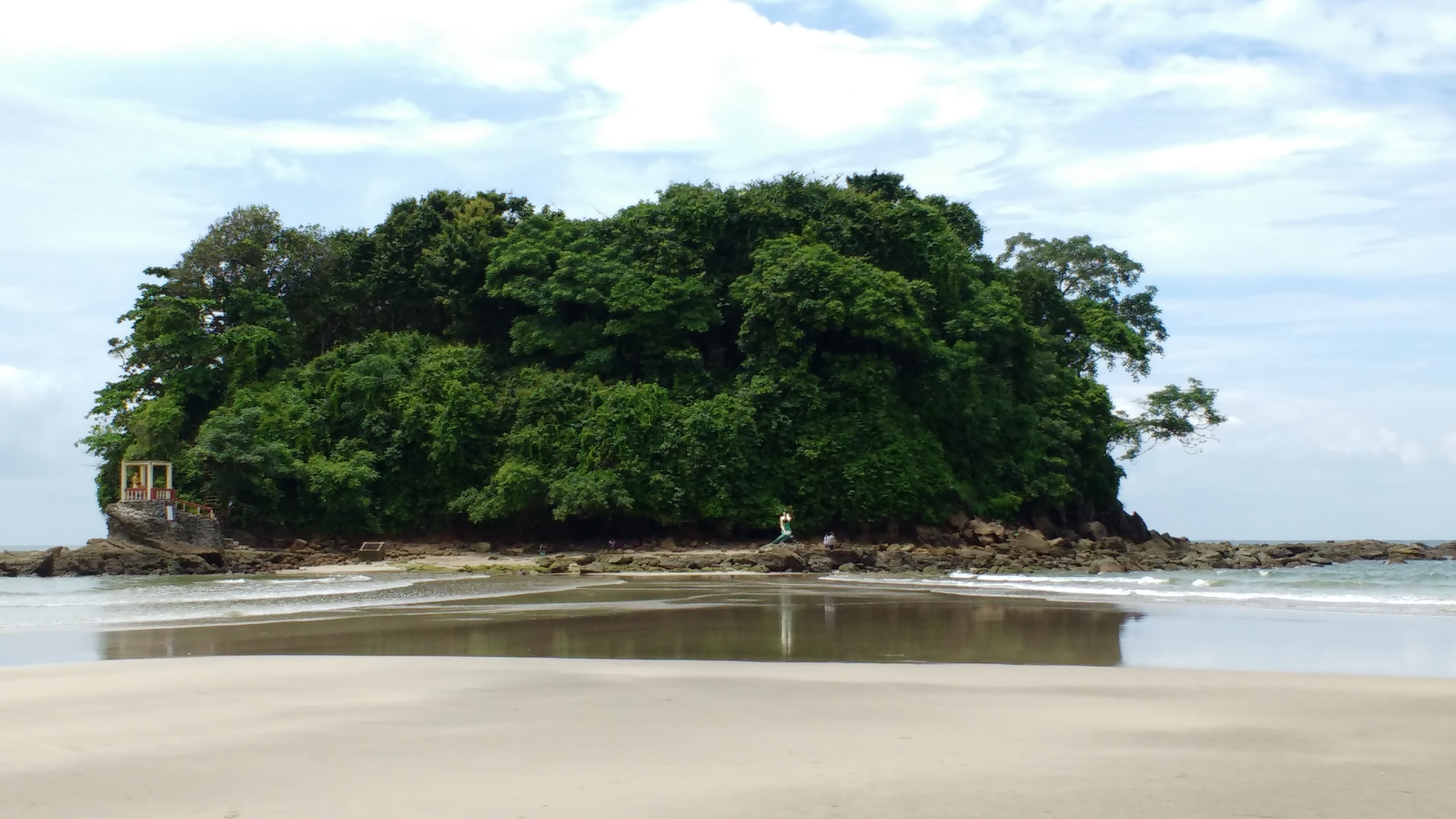 …making the mermaid’s welcome all the more special! 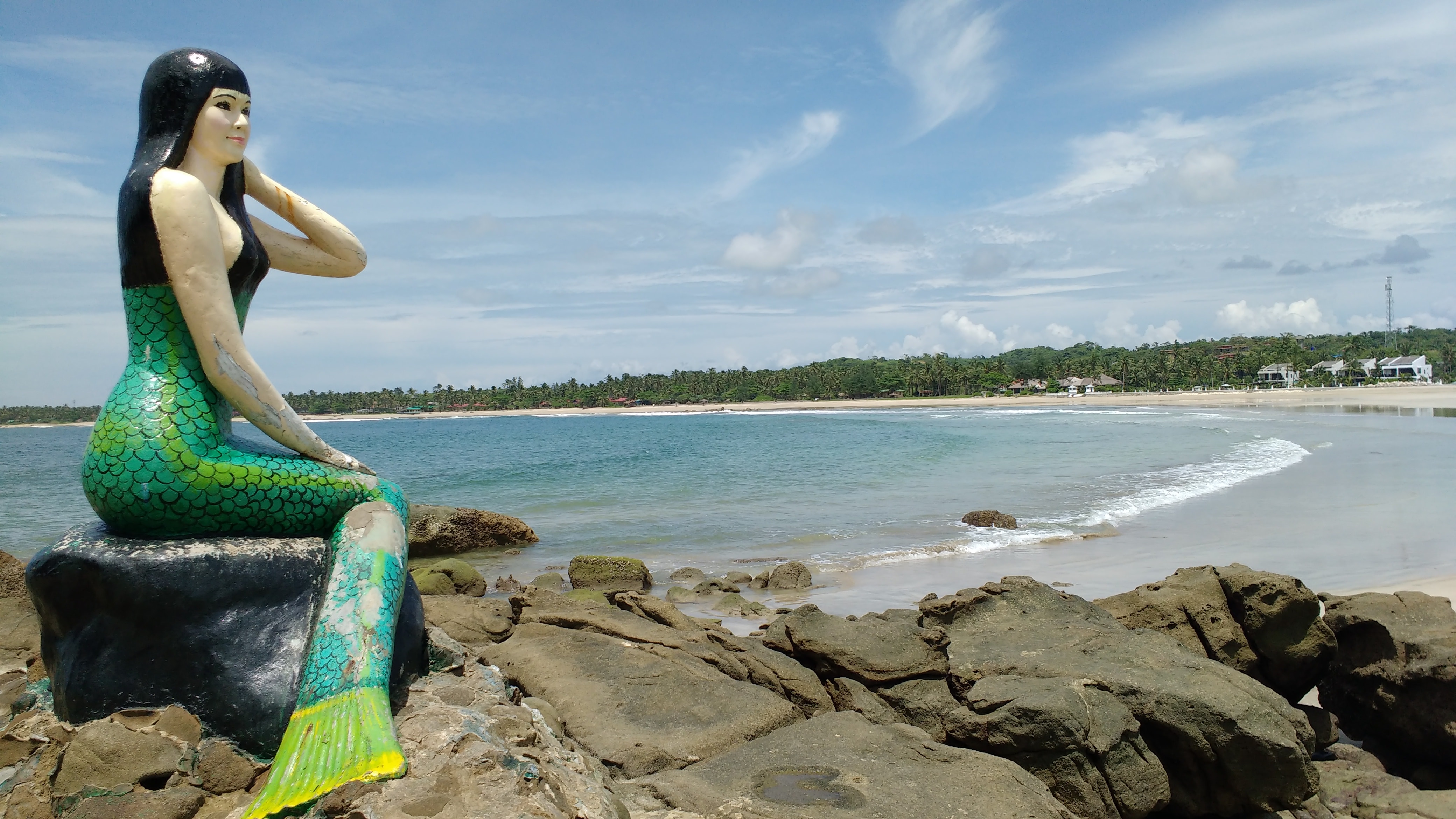 But for us, the rain provided an opportunity to get to know the locals. For instance, on the morning of a particularly bad downpour, a man of 70 called Oo Gwin stopped by our hut for a natter.

Oo Gwin’s quite a character, with maybe two words of English but a myriad of cackles, facial expressions and gesticulations. We’d met him on our first day, when just off the bus we were greeted by a sudden torrent and invited to take shelter by this man in a makeshift pool hall. We sat with him on our veranda for around an hour that morning, smiling at his frenzied bursts of mirth which we couldn’t understand, chuckling more so when he periodically leaned over to grab Andy’s beard or to test both of our biceps for strength. He brought us around town the following day, showing us off to his family and not-so-subtly pointing out the many people who had irked him in some way, the girls he found attractive and the ones he declared “ugly”. It soon became clear that he was the town grump, and we’d managed to bag him as our new bestie.

Still, it was all very entertaining…we learned a few Burmese phrases as we sat with him for a couple of beers (I’d suggested tea, he had no problem in showing his disgust and spat out “No. Myanmar beer!”) He was also a total flirt with the camera, affording Andy the opportunity to take some great photos. 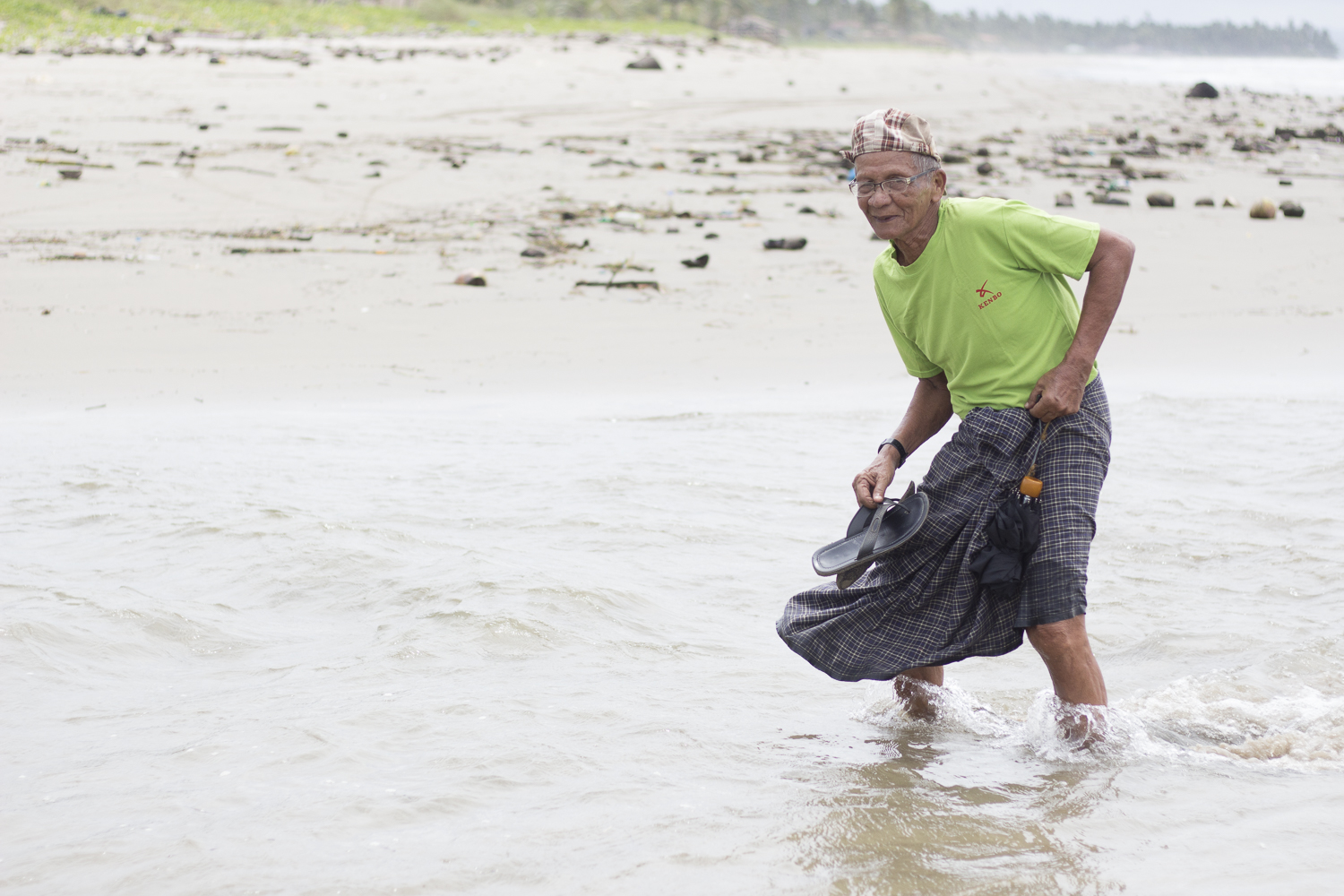 Note: Andy wanted me to add that he got a more “personal” view of his model when Oo Gwin went to rearrange his longyi. He can report with certainty that the old man possesses the buttocks of a man half his age.

We were in Ngwe Saung for ten days in total – a hefty chunk of time to spend in one place for any backpacker, which goes to show how enamoured we were! We’d only intended on staying 3 days, then found a lovely hostel called Dream House just up the hill and decided to make it our home for a little longer. At only $9 dollars a night, with really sweet staff and a lovely breakfast served to us on a wraparound porch every morning, it felt like we were “living the dream” by staying there! 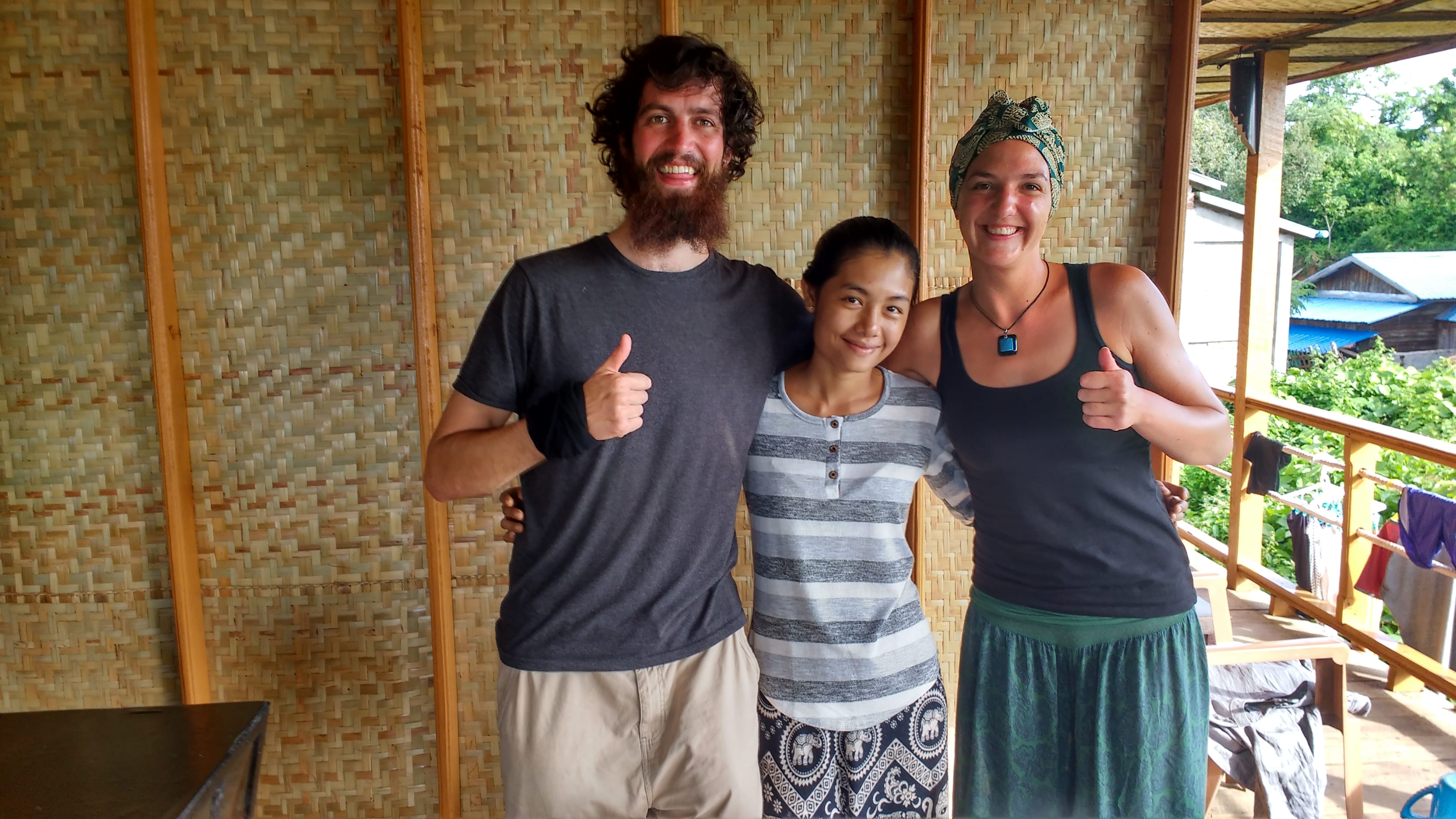 Andy and I with Lily, the very friendly manageress at Dream House.

Note: Shortly after our arrival at Dream House, Andy impaled his foot on a dastardly rock at the beach…another reason for our decision to stay put. Because despite his protests that it was “but a flesh wound” it was actually pretty deep, involving 2 hospital visits, a lot of bandaging and limited mobility on Andy’s part for a while. On the plus side, we agreed that there’s much worse places to recuperate than Ngwe Saung! It’s the kind of place where you need to be content in doing very little, and now we had a valid excuse.

My trusty Rough Guide says the following of the village:

“Ngwe Saung retains its somnolent atmosphere and feeling of a place where the clock is stuck permanently at four o’clock on a Sunday afternoon”.

When I first arrived, I would’ve agreed wholeheartedly. But over the week that followed, that clock seemed destined to speed up.

That’s why I’m glad we ignored the advice of people in Yangon and chose to visit in low season. It allowed us a snapshot of real village life before the prices went up, before the (real) rush came, when the place was still in a relatively tranquil state.

Rain clouds aside, we’d found our beach paradise – somewhere to live the dream. 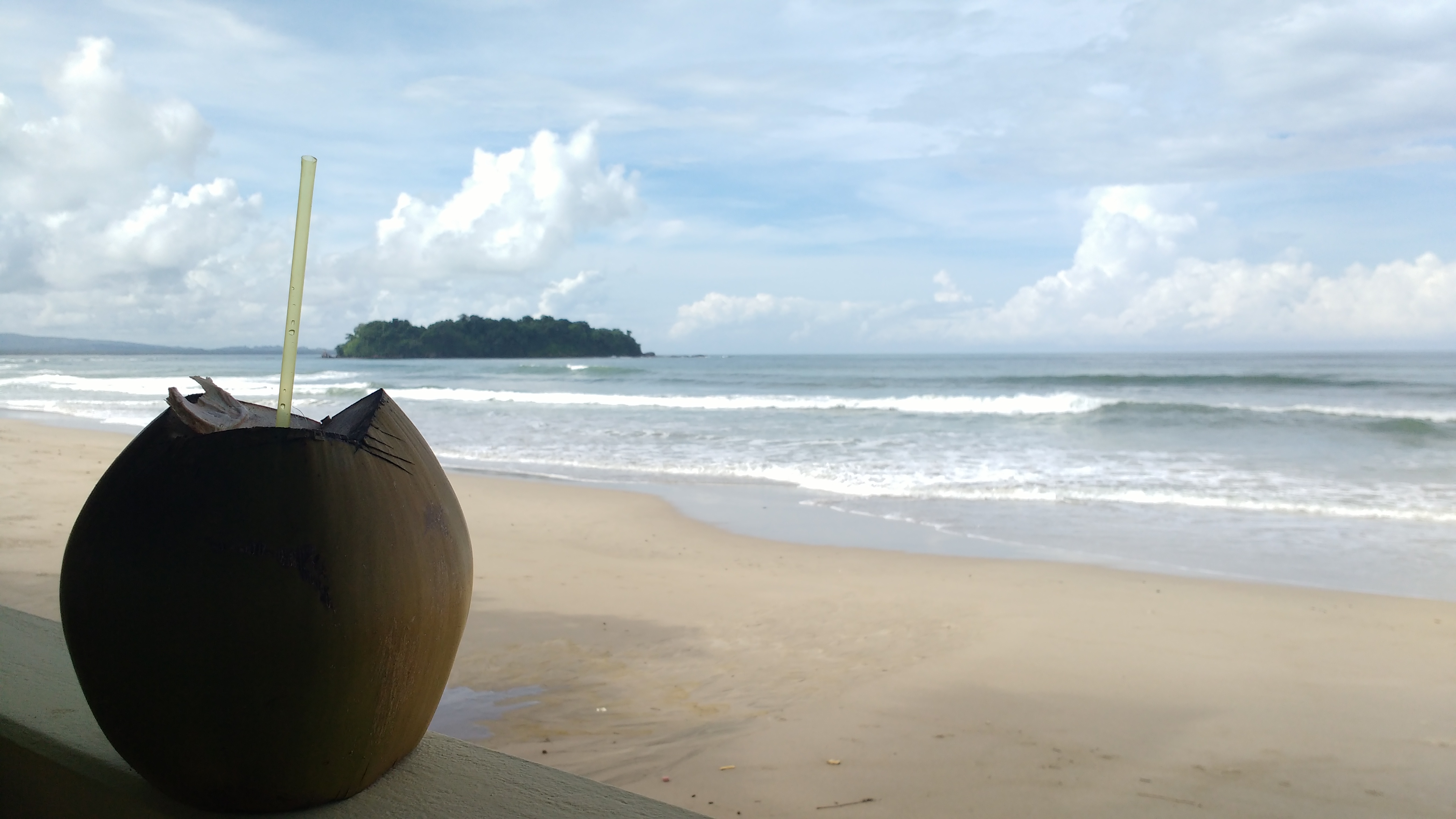